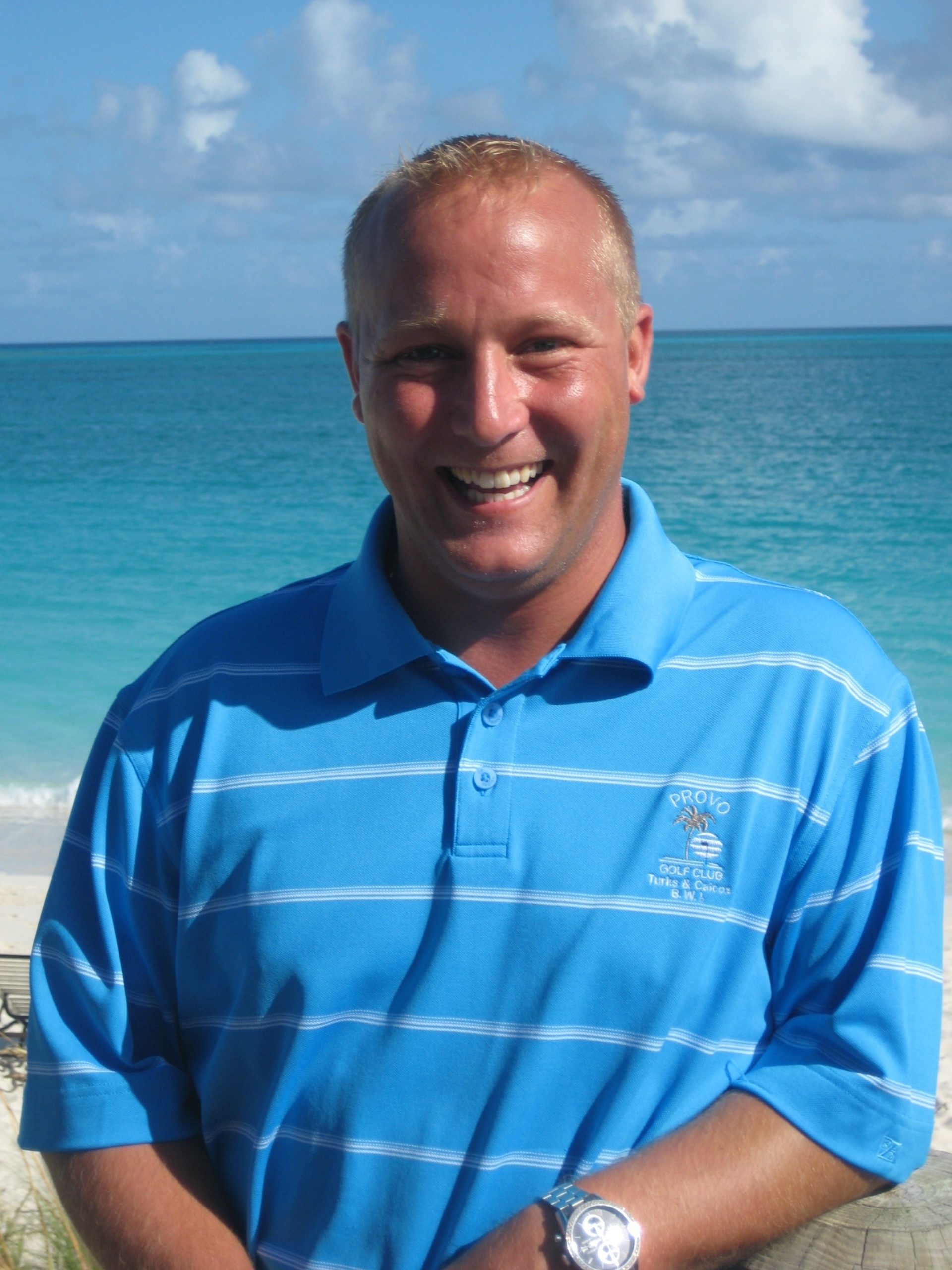 During the winter months in these early years in the golf business Sean would visit the Provo Golf Club and assist during the winter months, it was these tropical winters that sparked his interest in travel and working in exotic locations. Sean’s next move was unconventional as he traveled the world teaching golf lessons on various cruise ships while working for Elite Golf Cruises. After visiting most parts of the world on the cruise ships Sean wanted to get back to working in a Club Environment and returned to the Provo Golf Club on a full time basis. It was during this stint that he was recruited for the Director of Golf position at The Links at Safehaven in the Cayman Islands. Upon the sale of The Links at Safehaven to new owners and being re-branded The North Sound Club Sean remained a few months re-opening the course for the new owners until deciding to return “home” to the Provo Golf Club where he has remained for the past 7 years.